Monitoring your systems and servers is nothing new. With so many ways to accomplish this it surprises me to see more software being developed for this purpose.

Yesterday the developer Philippe Négrel-Jerzy announced his new project Shalshboard-pulsar. The description on the Github page simply states the following. 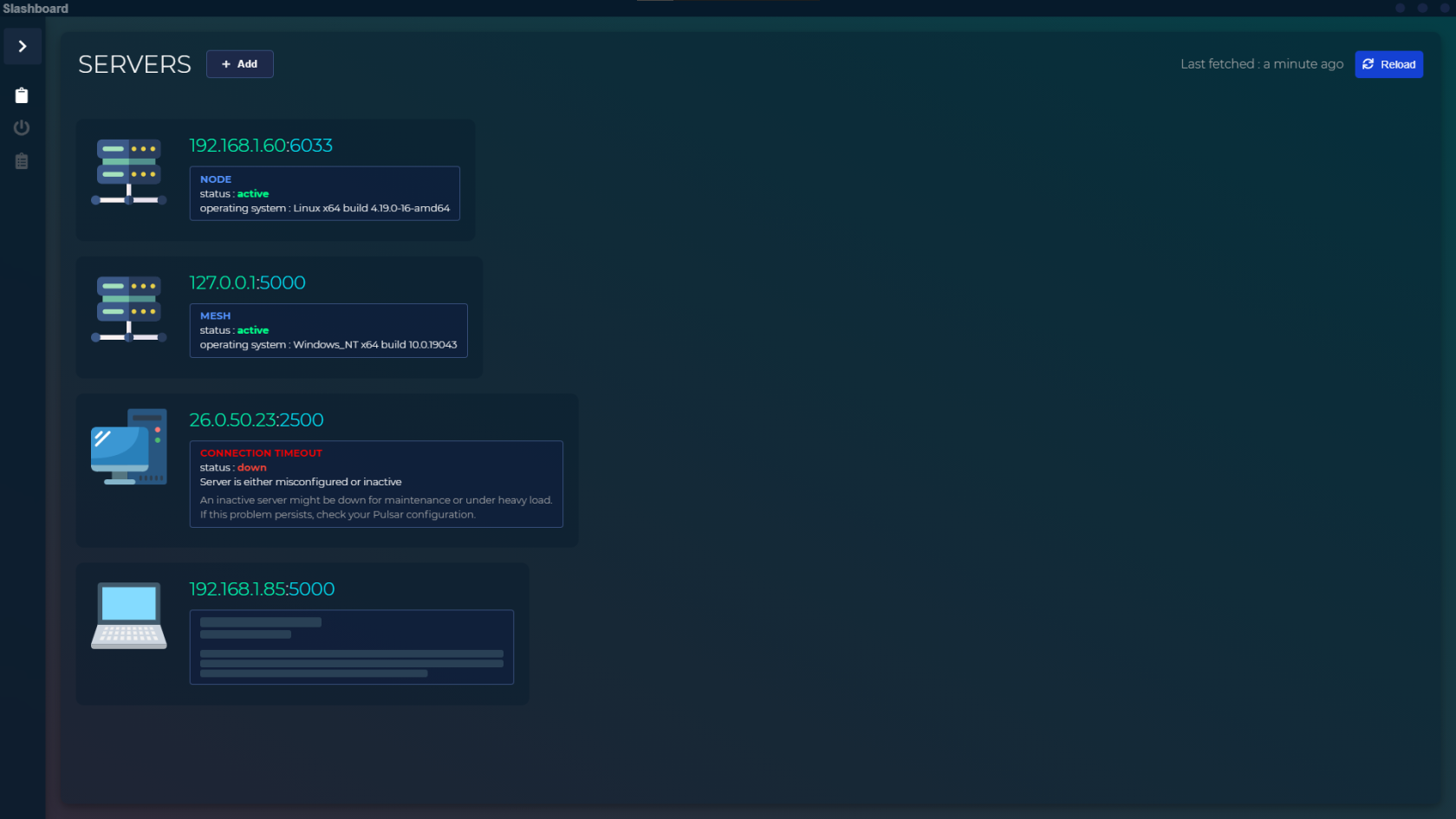 When asked what the technology is behind the project, Philippe responded:

Basically, the home server runs a node js app, with a bunch of API routes (which I need to clean up btw because they are pretty messy) that allow anyone who knows the ip, port and key to retrieve hardware data, and the client (an electron react app) simply fetches the data from the server every second (you should be able to choose the refresh rate in a future update). Then, this data is processed and shown in a graph, using a couple of handy react libs such as visx.

The software is comprised of 2 major components. The nodejs server which runs on the host machine and the desktop app which collects and displays all of the metrics.

Efforts are already being made to create a docker image for the nodejs server side of the project.

It seems like a decent start to a replacement or alternative to other software such as the well known TIG stack (Telegraf, InfluxDB and Grafana), Pulseway, Cockpit, Zabbix and Netdata just to name a few.

You can read more about the Slashboard-desktop client and Slahboard-pulsar server client here on the Github repositories.

More ways to monitor your linux system can be found on our wiki!

Previous
Open Source
Next
5 Open Source and Self Hosted Resources for H...

Export
Back to top